Orbital compartment syndrome is an ophthalmic emergency that can lead to rapid blindness if not promptly diagnosed and managed. Lateral canthotomy and cantholysis is the treatment of choice and involves surgically exposing the lateral canthal tendon and its inferior crus to relieve intraorbital pressure. 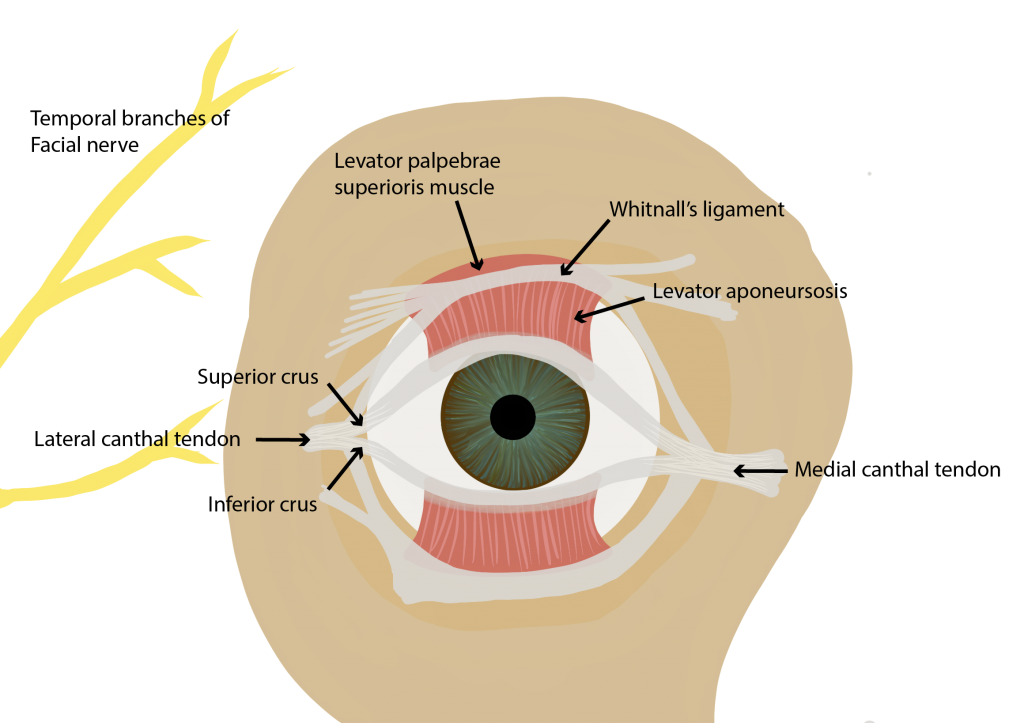 Lateral canthotomy should be performed as acute management for orbital compartment syndrome, which presents with increased intraocular pressure (IOP) and impaired extraocular motility. Typically, this syndrome occurs within the context of recent orbital trauma or eye surgery. Indications for immediate canthotomy include sudden vision loss or relative afferent pupillary defect in the setting of retrobulbar hemorrhage with proptosis and IOP greater than 40 mm Hg.

Lateral canthotomy should not be performed in patients with suspected open globe, which may present with a corneal laceration, positive Seidel sign, hyphema, irregularly shaped pupil, herniated uveal tissue, and/or shallow anterior chamber.

Patients should be placed supine with the head of the bed slightly elevated at roughly 10-20º, with their eyelids and head stabilized to prevent iatrogenic injury during the procedure.

Identifying the inferior crus of the lateral canthal tendon can sometimes be tricky. Use scissors to “strum” the area to feel for the inferior crus. If you feel tension (like a plucked string), the tendon is still intact and should be cut.

During cantholysis, cut inferoposteriorly toward the lateral rim to prevent injury to nearby structures superiorly, such as the levator muscle, lacrimal artery, and lacrimal gland.

In some situations, the superior crus may also be cut to further relieve intraorbital pressure. To do so, lift and expose the underside of the lateral upper eyelid and make the incision superoposteriorly.

Lateral canthotomy incisions typically do not need to be sutured and heal on their own with minimal scarring. Patients cannot blink to lubricate the cornea after canthotomy. Therefore, make sure to apply an antibiotic ointment (e.g. erythromycin 5%) to the eye and cover with a sterile dressing to prevent infection. Ice packs may be used in the days following canthotomy to reduce pain and inflammation.